The Sidobre, a mountainous enclave located at the southwestern tip of the Massif Central, in the Tarn. The pale autumnal Sun rays lightly touches the sometimes green, sometimes glowing foliage of the trees which populate the forest. It illuminates these rocks which dot and border the forest path. Like the roads which the Roman soldiers paved in the whole Empire - in particular in the province of Narbonne. That was about 2000 years ago. These blocks of granite are much older: they result from the solidification then the crystallization of a magma pocket dated to about 300 million years. This pocket formed in metamorphic strata of the Upper Cambrian (~ 500 million years) that runoff water gradually dissolved, revealing the granite. A blue or light gray granite which rainfall and vegetation have eroded in their turn, creating beautiful stone sculptures in sometimes surprising balance. Such as the Peyro Clabado and the trembling rock of the Sept-Faux. 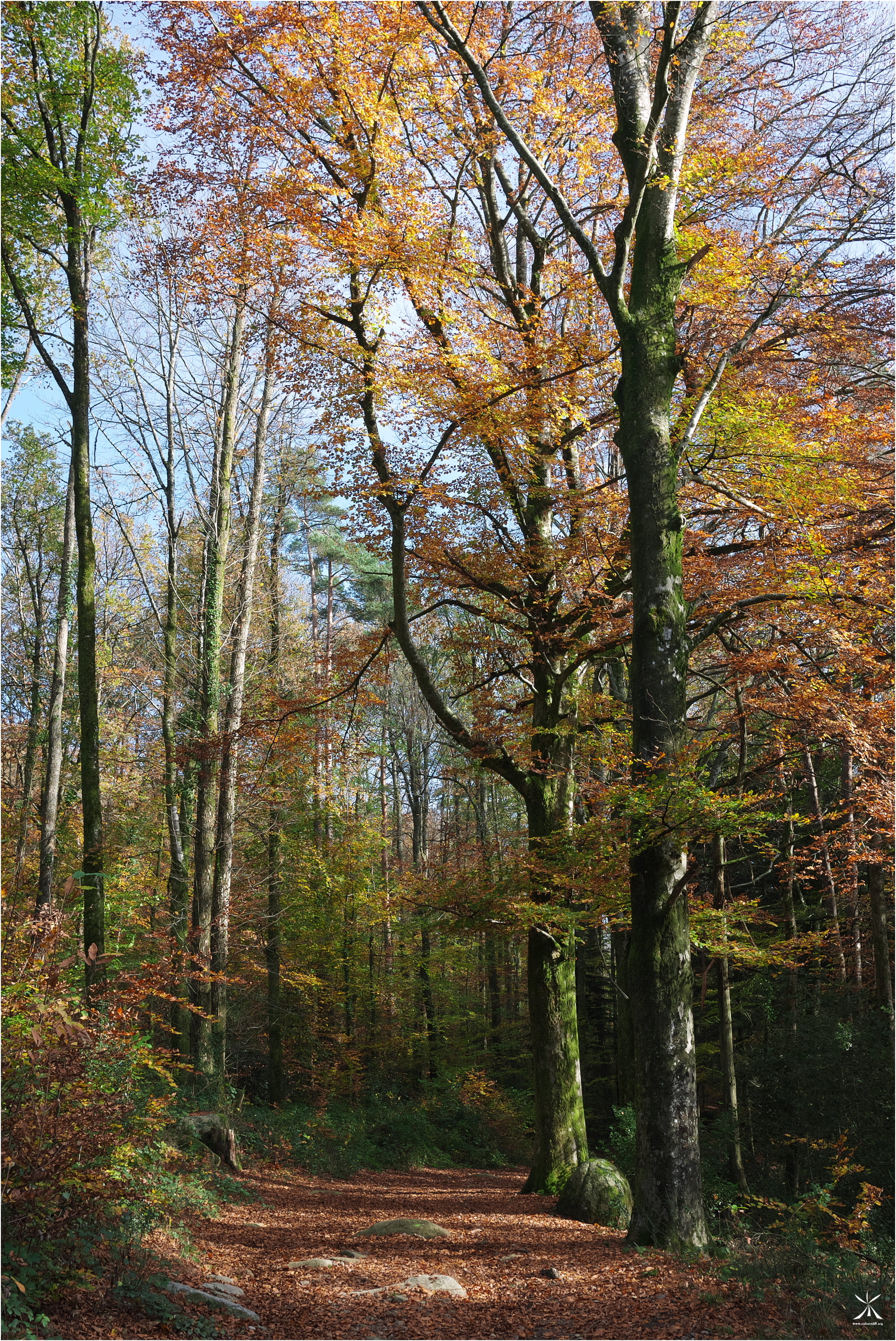