Barely perceptible in the upper right corner of this photograph, the pale crescent Moon asks himself :
« For long, I was the subject of attention from some inhabitants of the Earth : moving from shadow to light, at night, sometimes even on the day, they were watching me, noting the position I occupied on the celestial vault, scrutinizing me through dedicated optics. Recently, their modes of propulsion progressing, they came closer then stepped on my cratered surface. They collected samples of rocks of which I am composed, laid several measuring instruments in order to monitor my seismicity - that is, my hearbeats. Then they left me, as abandoned, condemned to orbit constantly around my mother planet, the Earth, watching her evolving, changing over the years, with the seasons. It is true that, unlike her, I am only a desert rock devoid of any lushness. Tragic fate as that of a dwarf satellite ... » 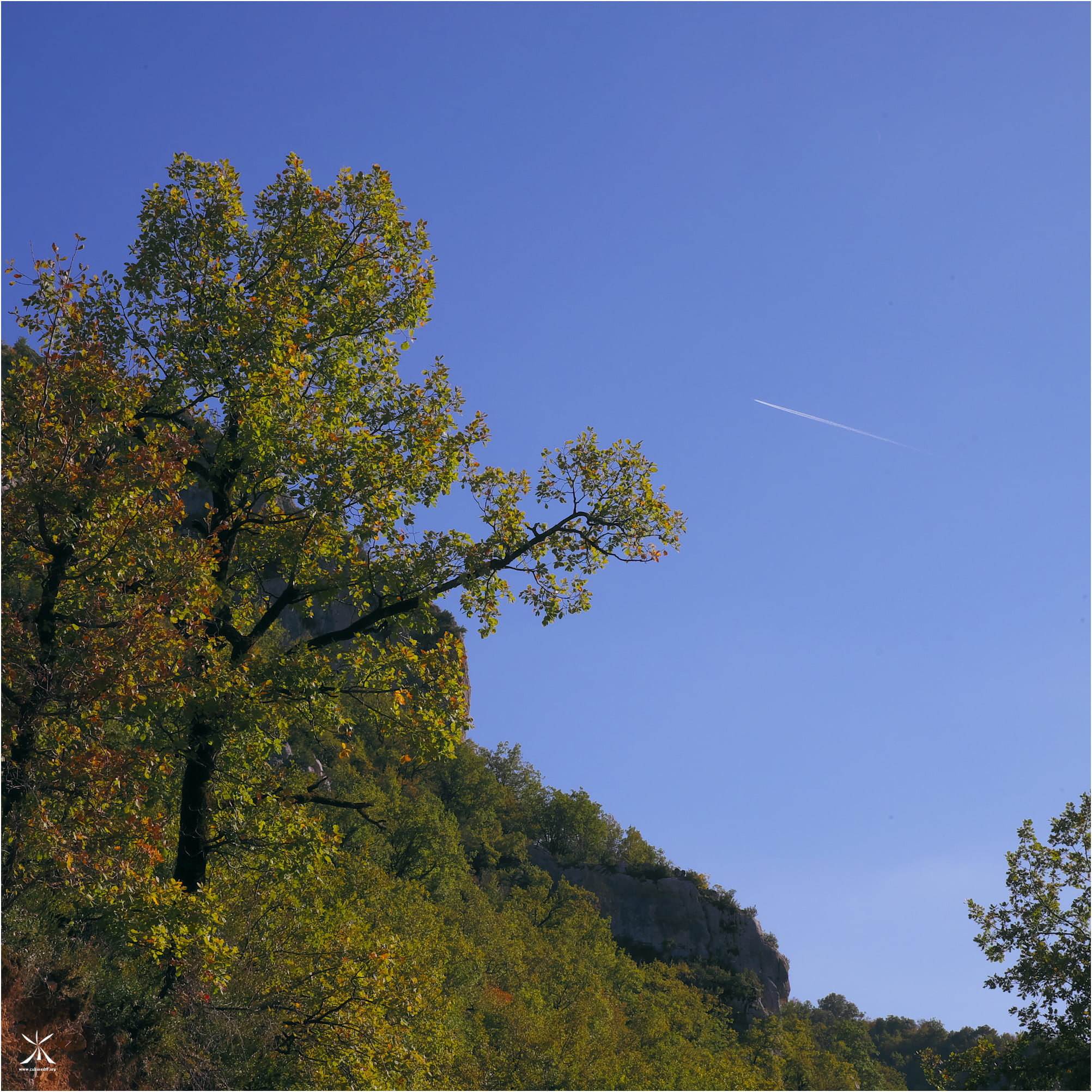