Draw me the ecliptic ...

« Like a revenant, he appeared to me in the Sunset glow then told me :
- Please ... draw me the ecliptic ...
Delighted to meet him again after all these years hoping he was still alive, I did so. I traced a curve linking approximately the Moon crescent with the planets Venus and Jupiter which, that evening, had the good taste to populate the West.
- Your line is not right! he told me with a determined air.
- That's right. This is because the bodies of the Solar System are not precisely located on this imaginary plane but in relative proximity, on either side of the latter.
- Your line is well short, he added with a surprised air.
- You're right, my dear friend. I could prolong it up to the Sun then make it go round the sky until Jupiter, but I don't know the exact location of the day star at the present moment.
- The Sun is below the Earth, precisely where the light arises from, while the luminaries are plunged into the darkness of the sky, he replied to me with an obvious air.
Indeed, the ecliptic joins shade to light. It is perpendicular to the line between twilight sky and clear night. The Little Prince was right ! There is no use to make learned calculations. It is sufficient to observe, patiently, intelligently. » 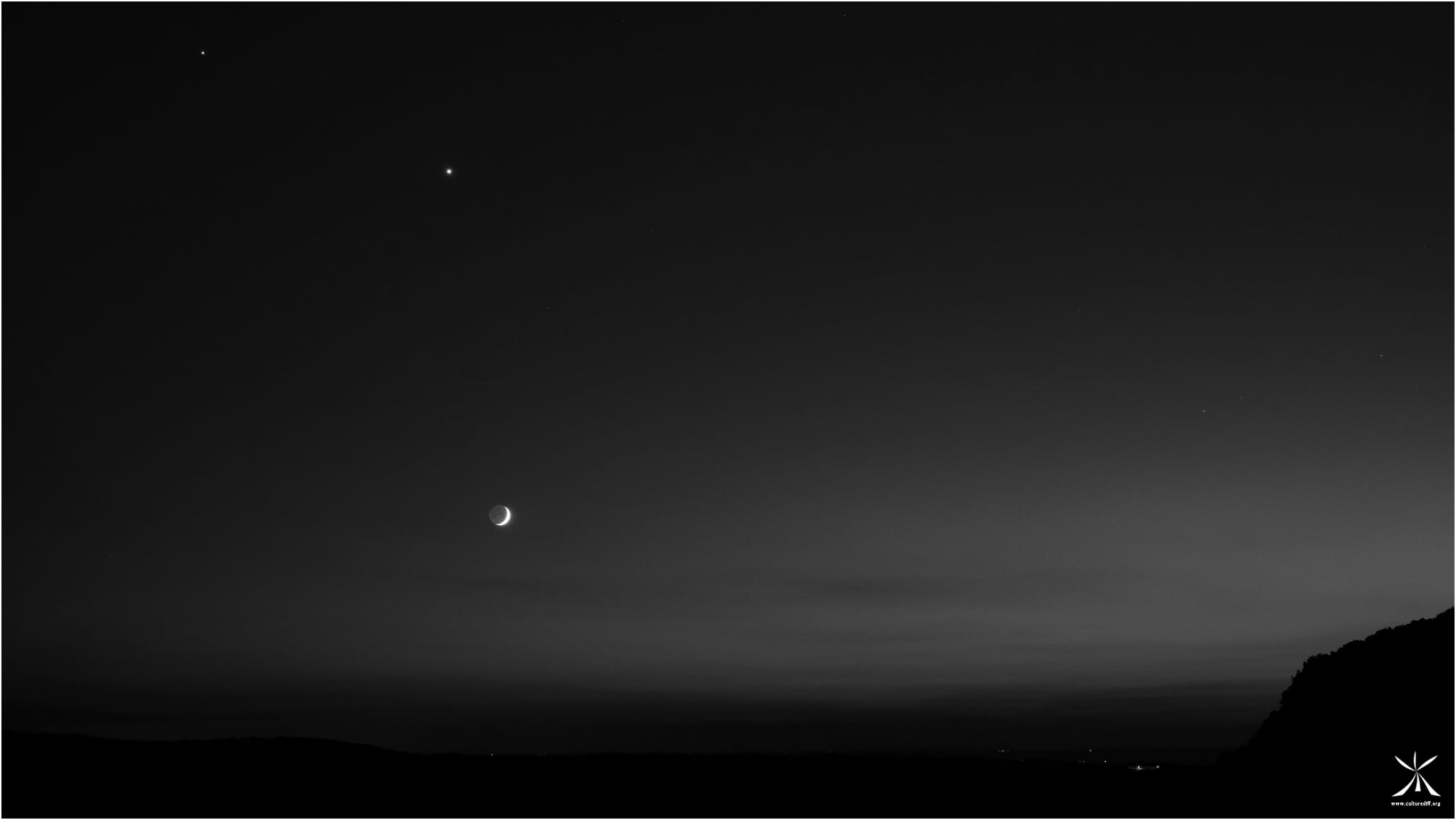