Imagine the celestial vault covered
with numerous circular apertures
crossed by light rays arising
from a huge blaze located
at the edge of the Universe.
Each of these holes would lighten
the sky like stars of distinct brilliance ...
Imagine the primitive Earth covered
with a thin layer of solidified lava
pierced at frequent and irregular intervals
of incandescent gaps of magma.
The number, the brightness of these ejecta
thrown towards the sky would remind
the gas and stars of the Milky Way ...

The first picture propelled you in Greek antiquity, in the footsteps of Anaximander. The second metaphor drove you at the heart of the projection system of a planetarium of the last century. This ancient interpretation and the contemporary representation of the celestial vault are two thousand and five hundred years apart. Half way is reality: the universe is spangled with a myriad of stars of different brightnesses whose visibility in a given place and at a given season mainly depends upon their angular distance to the Sun, the nearest star to Earth. 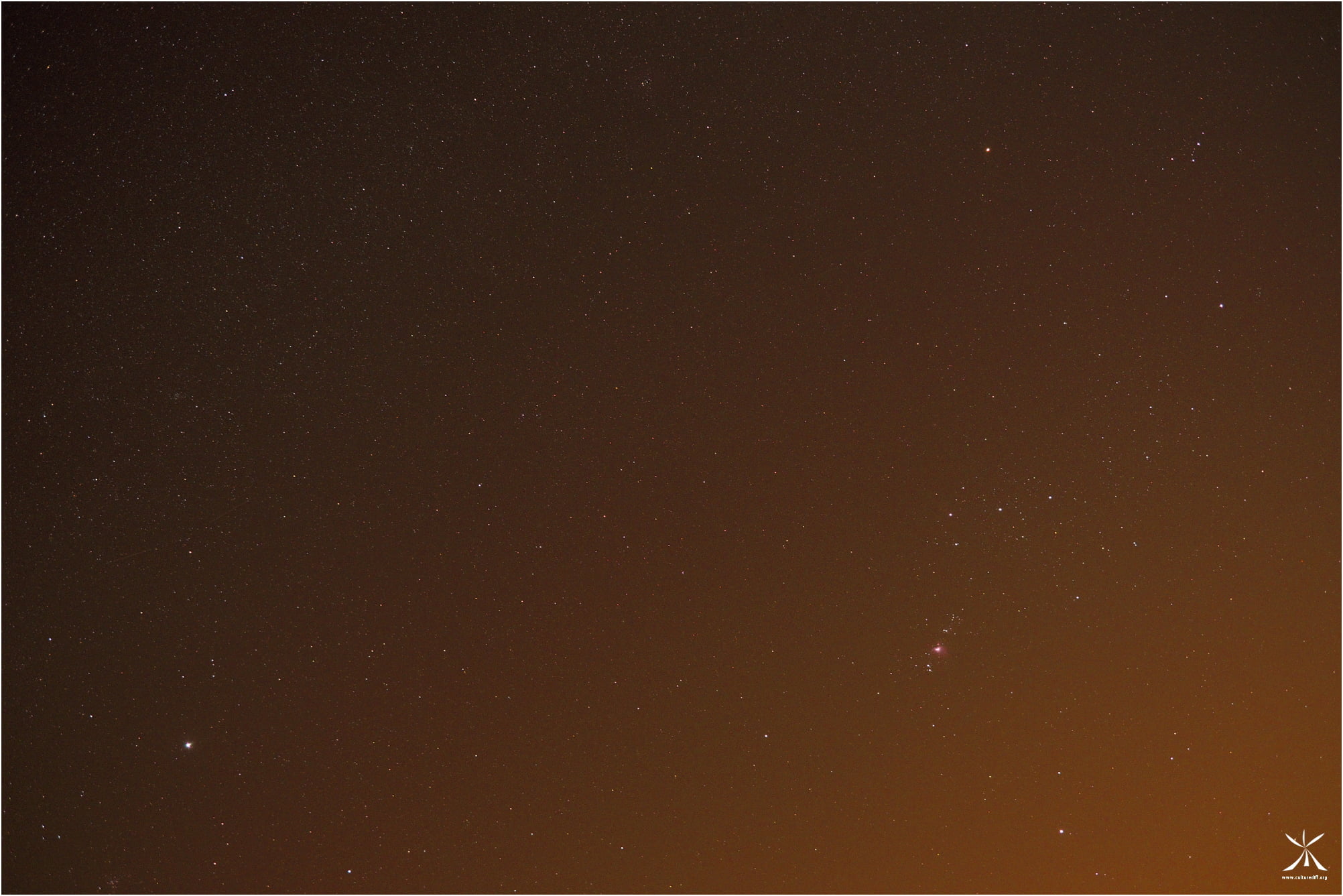