This photograph evokes two paragliders in close formation around a bright spot. More than veils or wings, these are actually arcades which consist of an assemblage of bricks or limestones. Wood beams also adorn this vault which partly covers one of the alleys of the medieval town of Castelnau-de-Montmiral (Castèlnòu de Montmiralh in the Occitan language) in the Tarn. As part of the modernization process, this passage is lit from the ground. Deliberately underexposed, this photograph shows the purity of these forms, and thus the contemporaneity of this medieval architecture. Furthermore, it recreates the atmosphere of the past centuries: the low light which benefited the Middle Aged edifices in this case - the brightness of the Sun during the day, to which sometimes succeeded the reflections of the Moon in the evening. At that time, in fact, only the heavenly bodies illuminated the Earth's surface, revealing every of its contours, each of its shades, guiding the footsteps of travelers. No artificial lighting, so no light pollution to deplore. 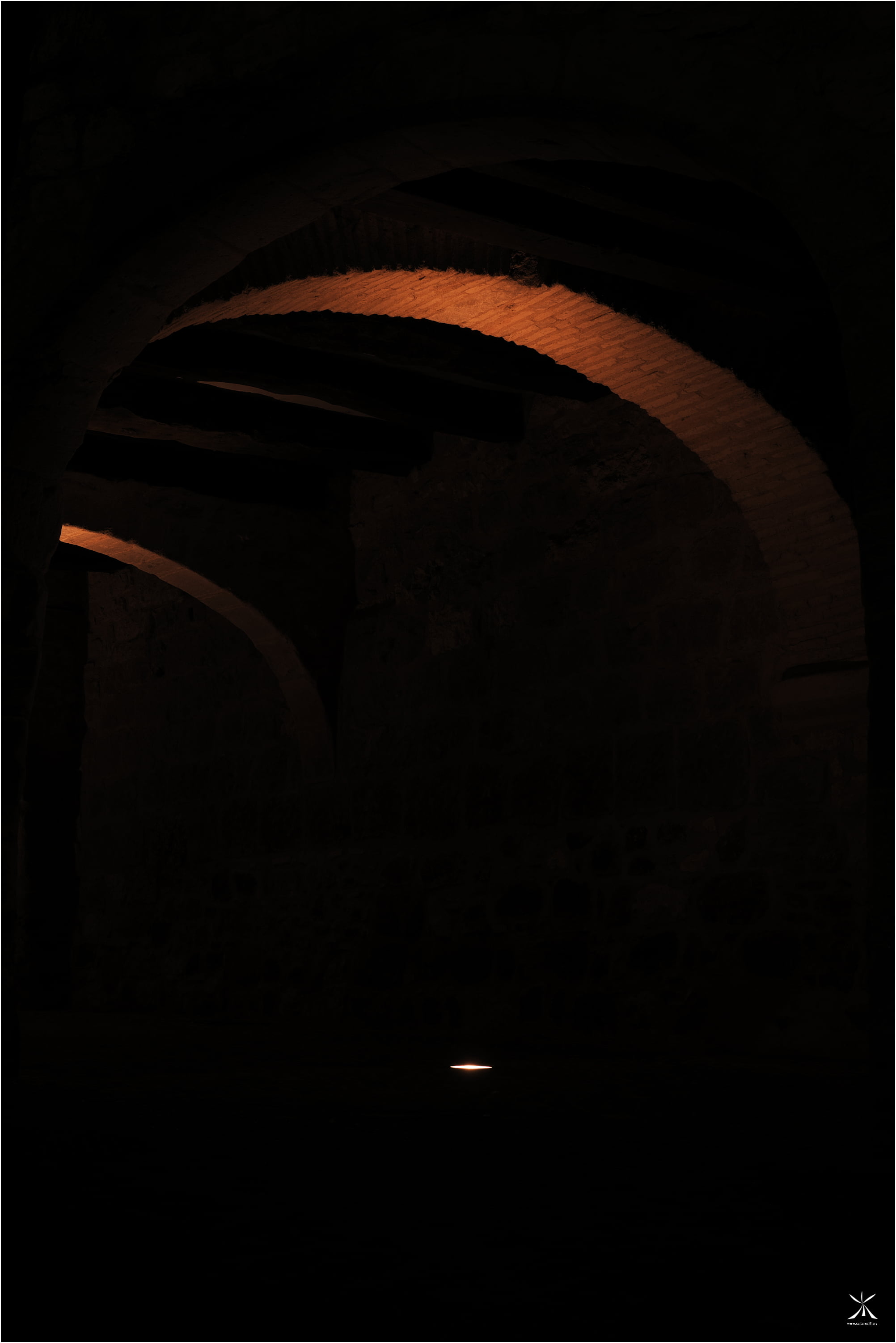