In the Occitan language, the term Pèira Levada, literally « lifted stone », denotes a megalithic structure: menhir, dolmen. Naturally, the name Peyro Levado has been attributed to the largest of the Tarn's dolmens, dated nearly five thousand years ago and recently erected at the Historical Monument rank. This building stone of 4 meters long and 2.90 meters width is located about one hundred kilometers northwest of Toulouse. Hence the presence, in the western sky, of numerous whitish trails: dispersed by the southerly wind, the traces of water vapor contained in the exhaust gases of aircraft engines draw particular shapes - the Greek letter psi on this photograph taken an autumn evening. In quantum physics, the letter psi designates the wave function that gives any particle (not just the photon) a wave nature; in astronomy, a star of high apparent magnitude. More generally, the Greek language is to Material Sciences what the Latin language is to Life Sciences: it forms the basis of a formalism shared by an entire community of teachers and researchers. 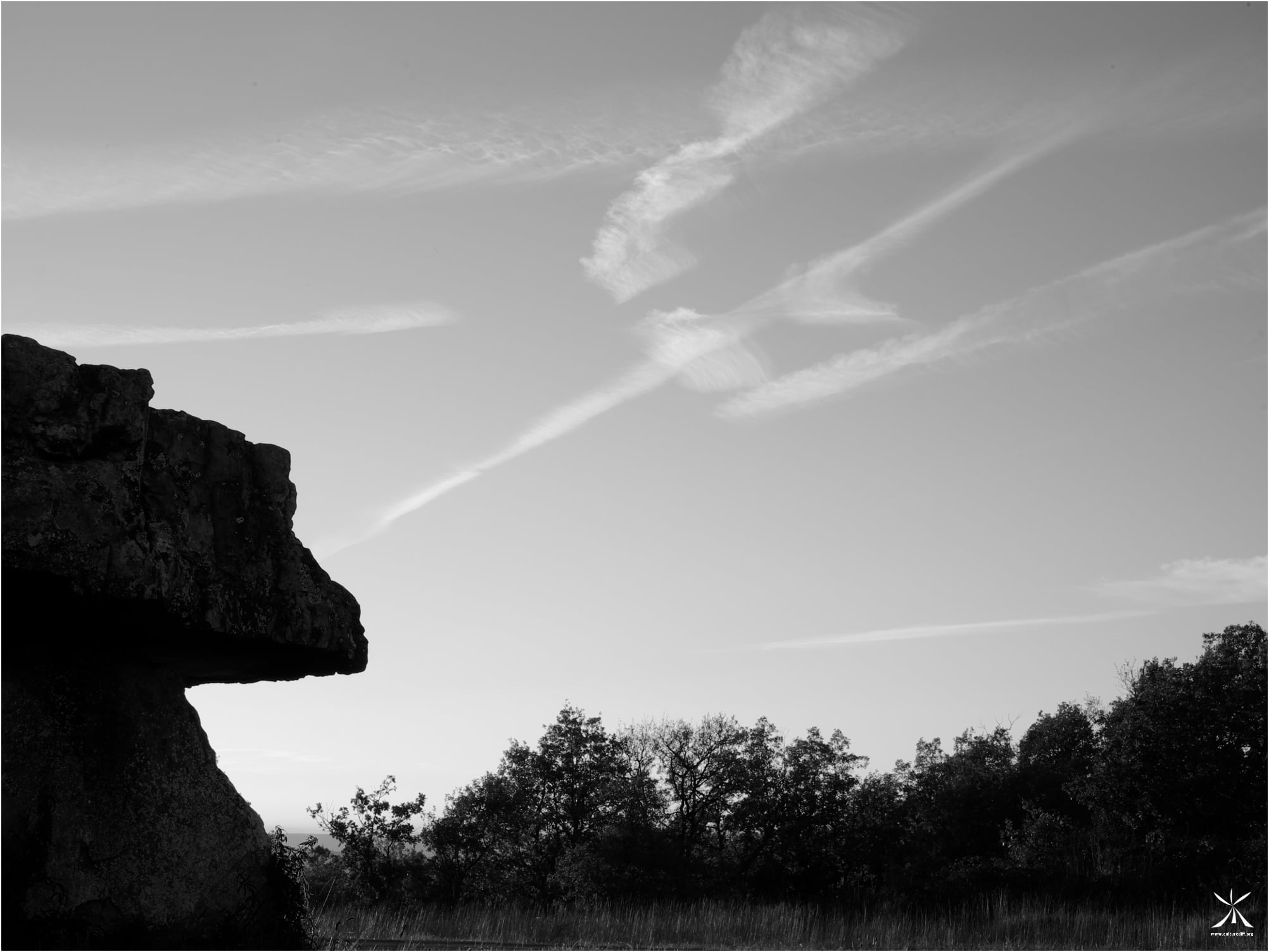